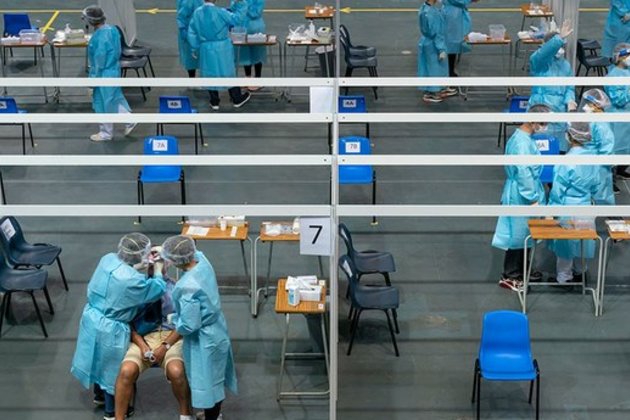 Hong Kong authorities on Thursday said they had discovered nine new cases of coronavirus, three of which came from unknown sources in the community, despite a controversial mass testing program since the start of September.

Authorities in Mong Kok district have quarantined staff at a dim sum restaurant who may have interacted with one of the cases, while colleagues of an office worker in Kwun Tong were also being tested.

Nip said a total of 1.8 million people were tested, in spite of calls for a boycott from pro-democracy activists, who feared the data gathered could be misused by the mainland Chinese authorities.

The testing program was also criticized for encouraging people to gather around district clinics and test centers near residential areas, which local people feared would fuel the spread of cases in their area.

The High Court ordered BGI to retrieve and destroy all sold test kits, and pay compensation to Illumina and to provide an explanation.

At one point, the city was reporting more than 100 locally transmitted cases a day, although daily numbers have since dwindled to single digits.

The coronavirus testing program had sparked concerns that the DNA of Hongkongers would be sent to mainland China, potentially for law enforcement and surveillance purposes, prompting pro-democracy activists to advise boycotting the program.

Meanwhile, researchers on the democratic island of Taiwan said they had developed a rapid COVID-19 test kit that can deliver results in about 15 minutes with an accuracy rate of 80-90 percent, the island's Central News Agency reported.

A team of researchers from the National Defense Medical Center (NDMC) and the National Health Research Institutes (NHRI) said several biopharmaceutical companies are now working on the kit, which should be ready to go to market by the end of the year.