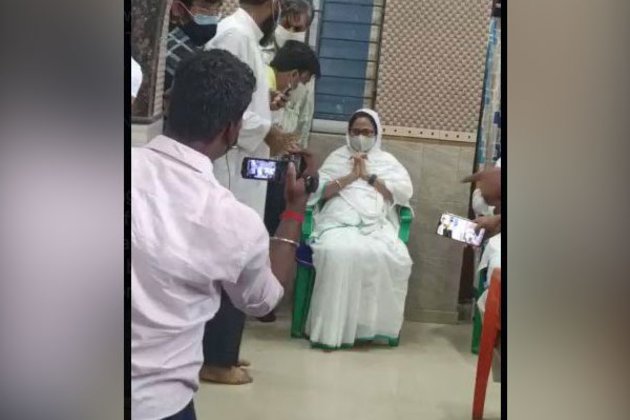 As per the official sources, "Banerjee made a sudden visit to Shola Ana Masjid that falls under ward 77 and 78 of the Bhabanipur constituency. She visited this mosque to seek blessings."Following this visit, the BJP unit of West Bengal reacted to this alleging that TMC aims to garner political mileage with this step.

West Bengal Leader of Opposition in the state assembly, Suvendu Adhikari said, "BJP candidate Priyanka Tibrewal got such a good response on the first day of her campaign that it forced Mamata Banerjee to start her campaign from a mosque. It clearly shows as to votes of which section she is relying on to rule Bengal and win Bhabanipur."This development came in just hours after Bharatiya Janata Party candidate for Bhabanipur by-poll, Priyanka Tibriwal filed her nomination on Monday. Tibrewal, who is taking on West Bengal Chief Minister and Trinamool Congress Supremo Mamata Banerjee said it is a fight against injustice.

Bhabanipur by-polls will primarily be a contest between Tibrewal and Banerjee as Congress on September 8 announced that the party will not be fielding any candidate for the by-polls.

By-polls will be held in Bhabanipur on September 30 and results will be declared by October 3. (ANI)