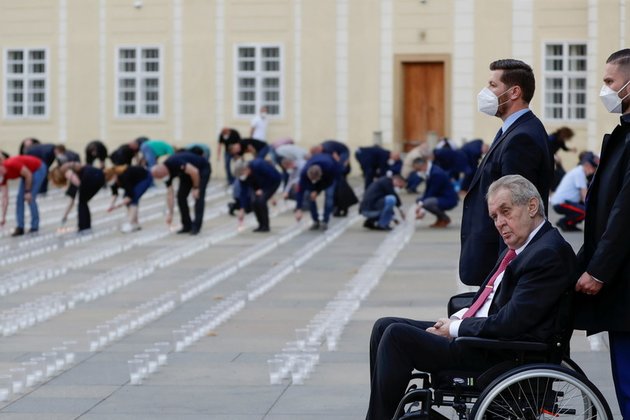 The president of the Czech Republic has been hospitalized, although no information on his condition has been provided. He is known to have various health conditions, including diabetes, and was a heavy smoker and drinker.

On Tuesday, Czech President Milos Zeman was admitted to the Central Military University Hospital in Prague shortly after 11am (9am GMT). A spokeswoman for the hospital confirmed the president's admission but did not provide further information. "I don't know how long, why or how. The law does not entitle me to provide this information," she told local media.

The president's spokesman has not responded to calls to brief the media; however, presidential adviser Martin Nejedlý told Czech media that it was a regular inspection, adding that Zeman has health issues that need to be assessed.

Zeman has been in a military hospital several times in recent years. He was vaccinated against Covid-19 with the first dose of Pfizer-BioNTech in January and had his second in mid-February. He also received a comprehensive preventive medical examination after his inoculation.

Last year the president was operated on after falling and breaking his arm. Other health issues had put him in hospital for four days in 2019.Since mid-April, Zeman had been restricted to a wheelchair. He has long-term problems with movement and is being treated for neuropathy. He has also been diagnosed as diabetic.

Zeman, a heavy smoker and drinker, only reduced his vices having been diagnosed with diabetes. In 2013, on a visit to a cigarette factory, he even said it was safe for people to start smoking later on in life.

Former President Vaclav Klaus, who served between 2003-2013, is also currently in the military hospital, having been admitted over the weekend.