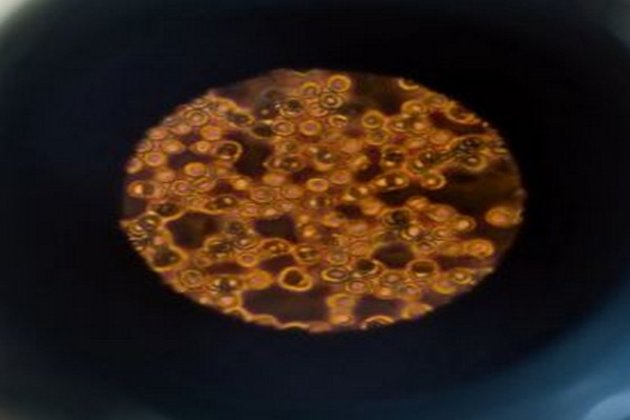 Washington [US], September 15 (ANI): The findings of a large epidemiology study published recently suggests that some blood lipid biomarkers linked to cardiovascular disease risk are also associated with a lower risk of amyotrophic lateral sclerosis (ALS).

The study was published online in the Journal of Neurology Neurosurgery and Psychiatry.

ALS is the commonest form of motor neuron disease - a progressive nervous system disease that destroys nerve cells responsible for voluntary movement such as walking and talking.

Single gene factors drive only a minority of cases of ALS, and in the remainder, the causes of the condition are not well understood. Lower weight, higher levels of strenuous physical activity levels, and relatively good cardiovascular health have been shown by some studies to be risk factors for ALS, but the relationships are complex and the evidence inconsistent.

Researchers are keen to identify biomarkers linked to ALS, which could ultimately lead to much earlier diagnosis, potentially before symptoms appear, and the hope of preventative treatments.

The authors were able to use data from a very large epidemiological study to try to determine with more certainty the nature of any relationships between levels of biomarkers associated with cardiovascular disease and subsequent diagnosis of ALS.

In further analysis, levels of LDL and apoB were shown to be higher long before diagnosis but lower in people closer to diagnosis, whereas HDL and apoA1 levels showed no such differences.

"The persistence of these findings in models controlling for statin use, smoking and vascular disease indicates that the association of lipid levels and ALS is not attributable to a confounding association between lipids, ALS and these factors," the authors say.

This is an observational study, and as such, can't establish cause. The researchers also acknowledge certain limitations, including differences between study participants and the general population due to the nature of the Biobank recruitment processes, use of ICD10 and ICD9 diagnostic codes to identify ALS cases meant that some non-ALS motor neuron disease cases might be incorrectly included, and lack of data on common genetic causes of ALS.

There remain some inconsistencies across other published studies, reflecting different methodologies. Nevertheless, the authors conclude: "This study adds to a growing literature documenting differences in the premorbid metabolic profile of those who eventually develop ALS.""In addition to providing novel insights into pathogenesis, this emphasises the need to consider a broader set of potential pre-symptomatic ALS biomarkers. Such markers might help to target population screening for ALS and also build confidence in future trials of preventative therapy." (ANI)